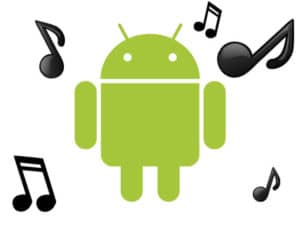 The taste for music knows no boundaries, and no challenge is a challenge to the hardcore music lovers. Over the years, through the generations the technology might have changed but music has always found a way. Piracy sometimes had interrupted the industry with heavy loss, yet the industry overcame using the technology. At this era of digital music where music is mostly played on portable handheld devices, the industry is still alive because the sound tracks are being sold online as opposed to the old day music CDs and cassettes. Some people still find a piracy backdoor though, and that number is actually on the higher side, but still the industry is now at a good shape.

Today’s topic is to discuss on how music is adapting itself on smartphone ecosystem. Especially on Android smartphones, since the OS seems to have the major smartphone coverage and reach across the world.

Probably the generation hasn’t heard much about DoubleTwist, since it’s mostly targeted for the serious crowd of music lovers. For the people who have switched from iOS to Android and still lingering to the past about their music files in iTunes, DoubleTwist can get you out of your nostalgia. This app syncs so good between these two platforms and get all of your iTunes music tracks to Android without any manual steps. The whole process is streamlined and so flawless and seamless. Not just that; the music player features are impressive as well. You get all the basic control features packed in a nice UI.

DoubleTwist comes for free in Google Play Store. However, you can do few in app purchases to unlock more potentials of the app if you might.

Poweramp has a huge fan base after DoubleTwist. There are just more than enough features and if you start reading them seriously, it will take you a long time. However, all these features don’t come for free; rather you have to pay a price. However, if you are unsure of the usability and that sort of stuff, there’s a 15 days trial for you.

The app looks fantastic and feels premium, just as it should. Apart from the crystal clear music quality, we liked the appearance and graphics transitions in the Now Playing screen. If you are serious about music and don’t mind having a little touch of visual beauty, then this app is totally worth your money.

Care for music cloud over local playback? Then it is time you took a look on the Google Play Music. This app doesn’t come with all the cheesy features that other paid or free apps might provide, but the online cloud integration it has surely doesn’t come in other music players. The cloud library is very useful, has a good UI and totally usable. Since the player is from Google and Android is a Google product as well, it seamlessly integrates with your Android device – no matter which device you own. You can easily sync and carry all your music with you across all the Android devices you own.

This app is completely free of cost.

This was our compilation of the best three music players for Android. If you have your own preference to include in the top 3, do let us know and we’ll have a look.