Most people are already aware of the name SpaceX and the company’s ambitious plans for interplanetary travel (including an expedition to Mars); however, rather less well-known is its aims to revolutionize internet coverage around the world. 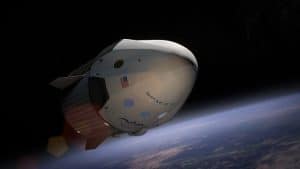 Starlink is Elon Musk’s vision for how the Internet of tomorrow will work. Rather than tethered by (comparatively) slow fiber-optic cables on Earth, Musk wants to build a ‘megaconstellation’ of satellites above the Earth’s atmosphere to relay web signals between each other and hard-to-reach locations around the globe.

Initial plans were for a ring of 4,000 satellites orbiting around the Earth in low trajectory; however, that figure has since increased to 12,000 – and may one day total as many as 30,000.

To put that into perspective, right now, only approximately 2000 satellites are circling the Earth – and the total number ever launched is around 9,000. The scale of Musk’s project is unparalleled.

SpaceX launched its first 60 satellites of the Starlink project in May 2019, set to orbit at around 340 miles above the planet. The close altitude was deliberately chosen so that the satellites will gradually fall back to Earth by gravitational pull, thereby negating so-called ‘space junk’.

When fully operational, Musk’s vision of space internet will transform communications around the globe. At present, our internet communications rely on electric cabling laid around the world in far-flung places and on the ocean bed.

Musk’s vision is to remove the need for cabling and instead use wireless communications to space. His internet system is reported to be 47% faster than the existing fiber optic cabling. Not only is it faster, but its reach will also be far greater.

Additionally, fiber-optic cable is expensive – and laying it is equally costly and often problematic. Operating in space will remove all of these boundaries, both financial and geographical.

In the future, Musk also hopes to improve internet access in developing nations such as Africa, which suffer from a dearth of communication technologies. This problem would be impossible to overcome with cabling alone.

Also, while there is a current internet satellite system, it is very limited, and the satellites operate at a far higher range from Earth (typically around 22,000 miles) – therefore incurring far higher data latency and delays. By constructing his close-proximity, a networked ring of satellites, Musk’s system will be able to relay much more significant amounts of data – at far higher speeds – to far more remote areas – including those impossible to reach at present.

Satellite internet communications have become a part of our everyday life, and their use is particularly widespread in the shipping and offshore industries. Indeed, in a more basic form, satellites even power GPS signaling – from the humble positioning you see employed every day on your smart phone’s mapping software to powerful transport positioning systems used in freight GPS software like cocoonfms.co.uk.

SpaceX launched its second batch of satellites towards the end of 2019 and a third at the start of 2020. While its long-term ambitions are far-ranging, in the short-term, the company intends to offer satellite internet services from the end of this year.

By his estimation, Musk reckons the Starlink project will be able to provide small-scale internet access through 400 satellites – and medium-scale provision with around 800. Which rather makes you wonder about the potential offered by these systems when he reaches the intended 30,000.

He recently commented about the project, “We’re really talking about something which is, in the long term, like rebuilding the internet in space.”

One could say, ambition on a galactic scale.