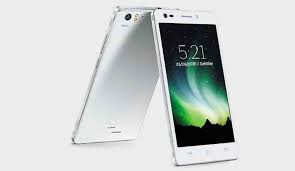 The smart phone iris X8 is 4G enabled which has fast blazing internet with dual 4G network support! The phones clicks outstanding pictures with main camera of 13MP in low light conditions with dual Led flash support 8MP primary camera which gives high expected range of selfies. The phone is boosted up with 64 bit quad core processor which is 1.3GHz which is built with mediate chipset and high speed controlling apps with 2GB RAM. The storage is of 16GB and expandable up to 32GB

Performance: quad core 1.3 GHz processor which is built up with Mediatek chipset and battery power is of 2500mAh capacity & 2GB RAM for higher control of apps

Storage: Internal storage is of 16GB and expandable up to 32GB

The smart phone Pixel v2 is of 4G enchased for high network performance and the screen size is of 5 Inches IPS LCD display which is protected with Asahi Dragon tail glass which kicks up screen damages. The processor is of 64 Bit with eight cores 1GHz and the RAM is 2GB which enables faster speed multi tasking and gaming! The Camera Lens is of High performance Largan lens for focusing and better clarity. The main camera is of 13MP with Led flash and Secondary is of 8MP with LED flash and the Storage is of 16GB and expandable to 32GB