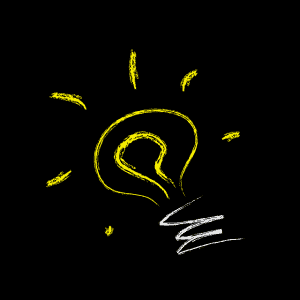 Throughout the history of Ontario’s electricity system, global events have impacted energy demand and operations, and the COVID-19 pandemic is no different.  But even prior to the pandemic, hydro bills were hurting some businesses’ bottom line, and even their plans to expand.

Tor Krueger, who operates an artisan cheese company in Stoney Creek comments, “After payroll, hydro is consistently one of my top three operating expenses.”

Other small and medium-sized businesses like restaurant Fred’s Not Here of Toronto, are struggling to pay their hydro bills.  In fact, restaurant owner Fred Luk tried to curtail costs by switching to energy-efficient lighting at his downtown Toronto location.  Over the years, he’s also tried cutting back on refrigeration and turning off baseboard heaters.

“We’re the ones getting socked with this high rate and a lot of us cannot survive,” explains Luk.

For one, Toronto industrial electricity rates, which are paid by industries including manufacturing like automakers, for example, are only behind New York and Boston in the rankings, according to a Fraser Institute study.

Then there are small industrial consumers who pay on average nearly double what comparable-sized firms paid in Montreal and Vancouver and even more than what customers pay in Calgary.

Some of the high electricity rates have to do with government policy.  Simply put, Ontario’s aggressive action for more renewable energy sources (solar, wind and biomass) have contributed to higher costs for customers.  Other decisions, including the Global Adjustment, a rate inflicted on consumers to bridge the gap between the price as determined in the wholesale market (HOEP) and the price necessary to cover contracted generation, also contribute.

The entire hydro system is overseen by the Independent Electricity System Operator (IESO), a government agency that acts as the coordinator to make sure enough power is getting produced and shipped around to meet demand. The Ontario Energy Board sets rates for electricity twice a year, based on submissions from the various companies and agencies.

High energy rates have reinforced the need for businesses to uncover alternative energy sources.  For medium to large scale businesses, for example, energy-efficiency initiatives can be made by upgrading or replacing buildings and energy-draining appliances with more efficient versions and taking actions to install rooftop solar panels or better managing the timing of energy consumption.

Although there is no ‘one-size fits all’ approach to reducing energy consumption, business owners are doing whatever they can to keep costs down. But as Matt Webber, who opened a restaurant in Hamilton explains, “I’m not using anything that’s old and I’m still dealing with prices like this.”

Suffice to say, energy rates in Ontario will continue to be a subject that’s talked about for years to come.