Despite the marketing hype, nothing is really new. Enterprise resource planning like many innovations is a development on a previous innovation and so on back through time. 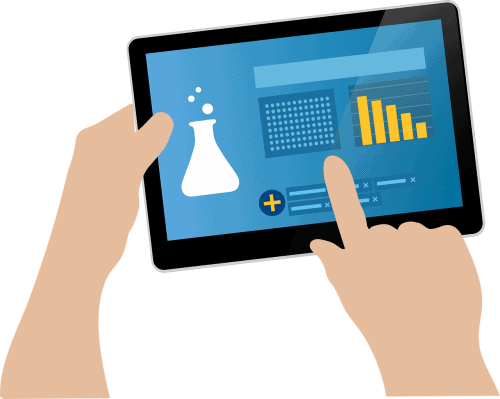 The ancients to the industrial revolution

Even in the ancient world scheduling material and labor was critical. Archaeologists believe stone blocks were pulled up sand ramps to build the Pyramids at Giza. The blocks ranged in size from a few tons to tens of tons in weight. Each had to be hauled up the ramps on schedule and in a specific order.

In the middle ages, small scale weapon manufacturing industries were common. An example is the Poleaxe. Arguments still rage over how it was constructed. Some believe basic production and material planning processes were used.

Moving on in time to the industrial revolution and manufacturing planning and control systems started to emerge. These integrated the key elements of business planning, sales planning, and production scheduling. However, without any electronic aids, these systems were slow and cumbersome.

Henry Ford is credited with introducing the assembly line. Scheduling materials and labor were crucial to his operations.

Before the age of the computer, Ford used a Telautograph machine to transmit typed messages to the production line. These messages were used to control the flow of materials through manufacturing.

Material requirements planning (MRPI) systems emerged in the 1970s. Although used by large organizations mass acceptance was held by a lack of low-cost computer time.

The arrival of the personal computer quickly followed by networks changed everything. Now the computing power to capitalize on MRP systems was available.

Manufacturing resource planning (MRPII) emerged in the late 1980s. This enabled delivery of everything required by production, including labor, at the correct time.

The transition to ERP

MRPII transitioned to ERP through the early 1990s. ERP added functions outside those traditionally associated with production.

ERP relies on the movement of data between business departments and processes. To succeed it requires computing power and sophisticated software.

Through the 1990s and into the early 2000s ERP systems utilized on-site computing power. The software was delivered by a variety of vendors each with specific licensing requirements.

Today, many organizations have embraced cloud computing and software as a service solution. These replace on-site capability and are lower cost.

Businesses ready to upgrade their manufacturing operations to ERP can now choose from a range of suppliers.  Customized manufacturing ERP systems can be based on standard cloud-based and SaaS services.

The future of manufacturing ERP

Many developing technologies could find applications in manufacturing ERP. These include mobile technologies, voice recognition, and the internet of things. Artificial intelligence and even blockchain technology, or more likely its derivatives, could have a place.